It didn’t look good on Saturday morning (19th July 2014). The forecast for torrential rain was accurate and it was doing just that as a band of gazebo putter-uppers, table fetchers and general helpers from Shrewsbury Morris assembled in Shrewsbury Square to prepare for the long-awaited Drum, Dance, Dyna-mix day of free entertainment. The idea, spawned from the highly successful 2013 Morris Day of Dance, was the brainchild of our leaders Ray and Bev Langton and a dedicated Working Group had spent six months planning it all. The aim was to create a day of free, varied entertainment for Shrewsbury to enjoy to go with all the other brilliant events that take place in our town.

….anyway, back to the rain. With cagoules and even bin liners as clothing much in evidence the stage at least began to take shape. We had magnificent help from our good friends at Shropshire Council who gave us power and a stage, from The Busk with Karen Higgins supplying two super gazebos for storage and St Chad’s Church kindly letting us have tables to hold food, water and kit (Morris teams and bands definitely do NOT travel light).

John, our sound engineer and member of our superb band, busied himself setting up the musical and sound side for the visiting musicians and before long the “arena” had been built and we just had to wait for our visitors…….still raining……now 9.30am….kick off due at 10am.

Then, at 9.55am il stopped pleuring and the sky actually got brighter. We always say that the sun shines, not necessarily on the righteous but most definitely on the Morris!

As our guests sorted themselves out, we kicked the day off with The Shrewsbury Bull and Pump Morrismen and The Shrewsbury Lasses performing their standard opening dances. While we were doing that some rather large drums appeared and it wasn’t long before the Square (and people’s chests) were pounding with the awesome noise created by Kayobi Taiko, Wem’s finest. I’d never seen Taiko drumming before but here’s a recommendation…you so should….it is wonderful! We’re thinking about doing Taiko Morris but that’s a work in progress (ahem)….back to the show…

Our delightful guests from Cockermouth in Cumbria, Belfagan Women’s Morris Dancers then charmed a growing crowd (still not raining) with their gorgeously hypnotic dancing and their wonderfully colourful and intricate outfits. Each of their dances told a story and the audience was entranced as they wove their Morris Magic on the wet flagstones of Shrewsbury Square. With the elements still behaving themselves, the flying feet and the wagon-wheeling hips of Kickin’ Alice took to the slightly wet wooden boards on which they dance. These had dried sufficiently for them to perform but it was a close one. However, the show had to go on and they were amazing as always as they entertained with a mixture of slow and fast Appalachian Step Dances accompanied by their super band. We then alternated between the various groups through the rest of the morning until our last guests, the superb Buffalo Gals Stampede had set up and were ready to rock Shrewsbury Square with their fantastic blend of old-time music, percussive dance and all round fun.

They ran through a terrific repertoire under a hastily assembled fourth gazebo…oh I forgot…it was raining again……while their incredible dancers Jacob Jones and Dan Eccles…otherwise known, somewhat unsurprisingly as Jake and Dan and the equally fantastic girls of The Buffalo Gals Stampede absolutely delighted the big crowds that had gathered to watch them. I’m sure their enthusiasm, humour and vitality forced the bad weather to push off and the sun actually came out and stayed out for most of the rest of the afternoon. In a bid to entertain the town all day there was no lunch break for the hard-working performers….somewhat difficult as the gorgeous and varied platters of sandwiches from the fabulous Philpotts Shrewsbury Sandwich Shop started to arrive for everyone! Thanks Tony :)))

The afternoon ran perfectly as all the wonderful artistes went through their various paces again and royally entertained a very big (by now) crowd. Kayobi Taiko got an extra crowd-pleasing, thundering set in and The Buffalo Gals Stampede gave the Square a great show, every one of their songs/dances being greeted by thunderous applause and loud cheers and whoops. Kickin’ Alice maintained a cracking pace and Belfagan Morris did Cumbria truly proud with their grace, precision and humour.

We ended the afternoon with our traditional wind-up dance of Steeple Claydon and a fabulous day came to a close just as……guess what……it started to rain again!

By now we didn’t actually care!

Thanks have been issued to all involved via a variety of outlets and some nice photos can be found on the links here to our facebook, twitter and, particularly our flickr pages.

If you were inspired to have a go at Morris Dancing with us, Shrewsbury Morris are holding Open Evenings at Sundorne School, Shrewsbury on Thursdays Oct 16th and 23rd from 8pm each night. Come and meet us, have a drink, meet the team (we’re really nice), see what we’re about and have a go. No experience is necessary and we welcome men and women from 16-75. It can’t hurt? :))

If you want to know more about our fabulous guests contact them at:

Well, we had to at one stage on our way to Llandrindod Wells Carnival on Sat 5th July and the worse thing that happened to us was getting stuck behind a lovely old red Massey Ferguson tractor as we trundled sedately into “Dod” as it’s known locally. Of course we might have called it something else if we’d been late!

Shrewsbury Morris slowly, piece by delicate piece massed in the lovely old mid-Wales spa town around mid-morning and made our way to Temple Park to join in with, as it turned out a really stonking carnival! Well organised, superbly well attended and with masses of events going on it was one of the best I’ve seen (and I come from Somerset so I’ve seen more than a few!!).

Both our dance spots were in front of the very picturesque bandstand where a nice space had been cleared. Bull and Pump were first up with their usual Upton and the Shrewsbury Lasses flourished their “Flourish” with a real….flourish for their opener. As we ran through our repertoire the sun got hotter, the crowds got bigger and our superb musicians just got better and better. By lunchtime we’d finished our first stand and decided to use the long break between spots to explore the gorgeous Rock Park and Pump House Hotel, a delightful old place where visitors would once “take the waters”. We followed their example but also added a pretty big full cream tea to our refreshment!! Morris Dancers eh?…..you can’t take ‘em anywhere! We also had a lovely relaxed 30mins of unplanned dancing in a super area.

Our second spot, later in the afternoon was after we had joined in with the carnival procession which wound its way slowly round the town. This was spectacular with lots of elaborately adorned floats, wonderful costumes, happy, smiling people and looking like it was raising lots of money. We played and walked as a band, playing our stock marching tunes and our Pipekit (one of our sponsors) drum got a good airing at last, keeping good time, thankfully as I was playing it!

The second dance spot was a cracker, the bandstand now surrounded by a huge crowd who stayed to watch us in the late afternoon sunshine.

All in all a really excellent day….and nothing to wash out of our hair at all….:))))

A boiling hot June day at the Church Stretton Medieval Fayre should really have seen us don armour, helmets and leather…bits and, under the tutelage of our liege lord Ray Langton, sally forth to the aforementioned town, for to demonstrate our prowess with powerful weapons of destruction whilst saving various damsels from cupcake stall owners and people who make animals out of sand in the high street (actually that’s quite clever and I’m just jealous).

So we did some of that….the sallying forth bit anyway and arrived in The Square in Church Stretton for our early morning booked spot. We found a really organised area with benches and a big space (clearly someone thought people were going to come and watch us) and we prepared.

A huge crowd actually appeared and thoroughly appreciated us and the other performers making up the morning’s entertainment. The Shrewsbury Lasses took the whole chivalric thing very seriously, flashing the odd Order of The Garter here and there and Bull and Pump Morrismen made sure that their war hammers (well, sticks actually) clashed mightily in the sunshine. They even managed to drive a coach and whole stableful of horses through one of their best dances…….more practice beckons! :))) The Morris siege of The Square only lasted a short while however and we dispersed before it became necessary for the besiegers to catapult dodgy bits and pieces over the castle walls.

It was a lovely day for us, we had a lot of fun, danced well and entertained a great many people. I even got home in time to watch the cricket!! A medieval bonus! 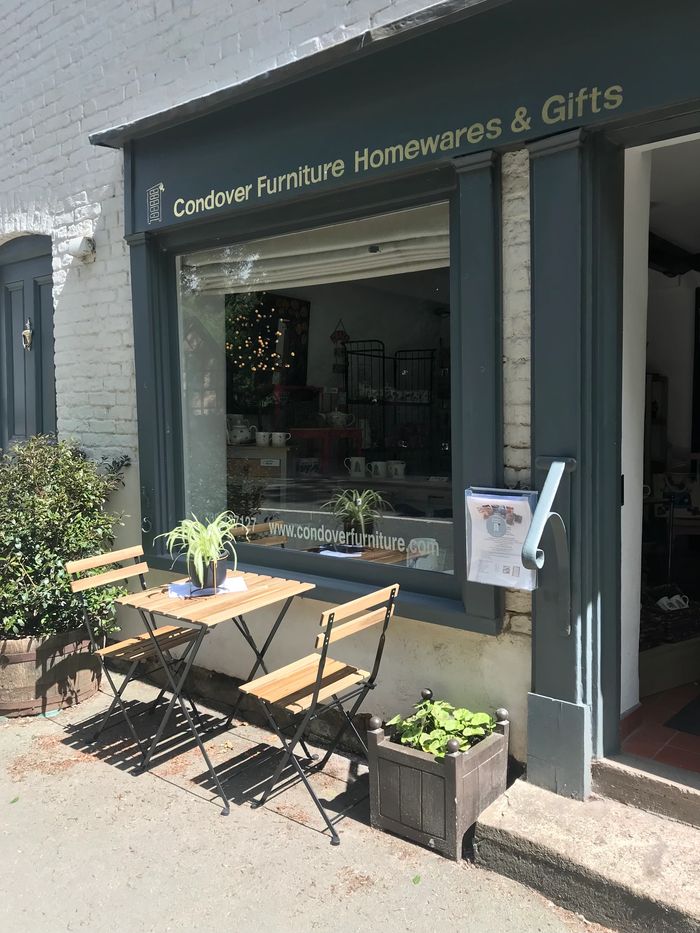 The remarkable The Bobby Dazzlers 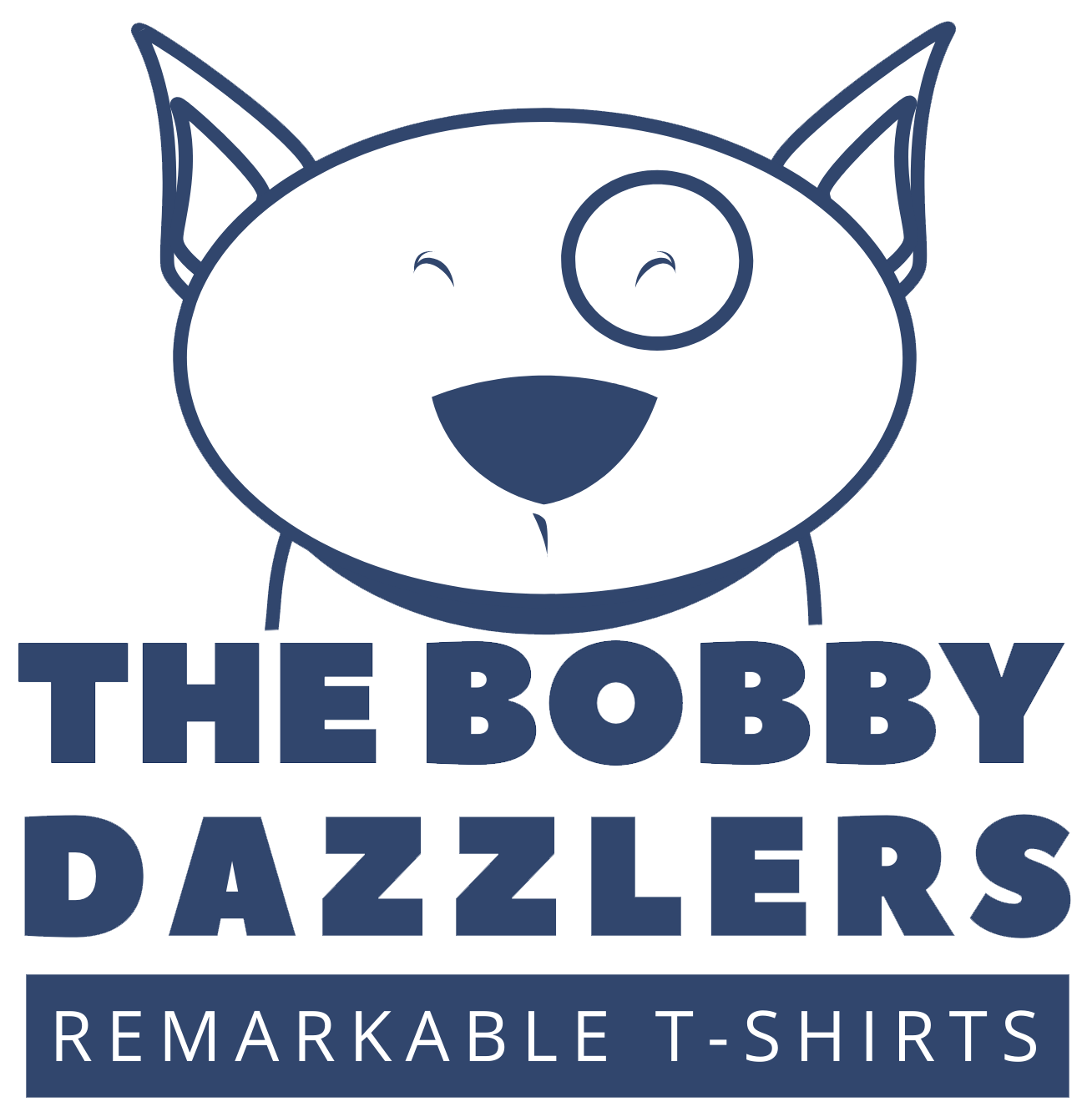 AND the elegantly sartorial Halon Menswear